A JOURNEY TO THE HEART OF TURKISH CUISINE and GÖBEKLİTEPE

Istanbul is a spectacular city, filled with layer upon layer of history, culture, and incredible food.stanbul is one of the most ancient cities in the world, packed with history and a food culture that is deliciously exciting

The Istanbul cuisine is also a feature which proves the dual nature of the city, because ingredients combine elements from the Asian and Oriental culture with the traditional European food, all packed in what we believe is an extraordinary and unique culinary experience.

Gaziantep has been home to same of the oldest civilizations in the world. Owing to this heritage and the wide variety of foodstuffs available due to its geographical position, the region has developed a unique cuisine with lts own distinctive flavours. Gaziantep has been added to the list in the gastronomy category of UNESCO’s Creative Cities Network.

The cuisine of Gaziantep is acknowledged to be the richest in Turkey, and visitors, will savour its fusion of Anatolian, Mediterranean and Middle Eastern tastes. The strength of Gaziantep’s cooking tradition comes from the land. Local crops, ripened under a strong sun, are further infused with flavour as they cook over the fire’s embers, adding delicious depth to the taste. Whether slow-cooked on the range or flame-grilled, Gaziantep’s food keeps the taste of the sun and the fire.

Cooking is an art in Gaziantep, where each dish is crafted to perfection. Gaziantep has at least unique dishes to its name, and invites to its bounteous table those who wish to share in the secrets of this delicious cuisine …

Human beings realized the transition from the hunter gatherer lifestyle to agriculture for the first time in world history in the Upper Mesopotamia, around 10th and 9th millennia B.C. Unique temples’ mountain Göbeklitepe can be defined as the meeting center of last hunters.

Göbeklitepe is a unique sacred space and sacred meeting center of Neolithic Period in terms of its location, dimensions, dating and monumentality of architectural ruins and sculptural pieces.

This tour can be tailor made throughout the year to suit your requirements .

We are running this trip privately also for individuals this year.

Arrive at Istanbul International Airport, where you will be met by our representative and taken to your hotel.

Welcome dinner at one of Istanbul’s reknown restaurants.

Today we will take you on a tour of of Istanbul’s Byzantine iconic monuments.

Hagia Sophia, the church of the Divine Wisdom, which was a church (circa 548 AD), then a mosque and now a museum.

The Underground Cistern built by Emperor Justinian to provide water for the city of Constantinople. It is difficult to describe the beauty and uniqueness of this experience.

Lunch at Asitane restaurant – Ottoman Cuisine at its best

After lunch you will visit the St. Savior in Chora Museum, known for its magnificent mosaics and frescoes dating from the 11th to the 14th centuries.

Last you will explore the famous Grand Bazaar.

Dinner will be at one of Istanbul’s popular restaurants.

Today you will visit the Blue Mosque, a famous 17th century mosque that dominates the Istanbul skyline,Topkapı Palace the residence of the sultans for almost three centuries.

You will visit The Palace Kitchens, Helvahane and Quarters and learn about our culinary culture of 400 years.

For lunch you will taste delicious kofte -meatballs- at a specialized restaurant operating since 1920.

Then we will drive to the pier for our cruise on the Bosphorus.

Upon disembarkation you will proceed to Selin’s home to enjoy a hands- on cooking class learning to cook home-style, family recipes and taste what you have cooked.

Overnight in 10 Karaköy Hotel in Istanbul or similar. (B,L,D)

After breakfast you will walk through the Spice Bazaar, an extensive market which was built in the 17th century to finance the upkeep of the nearby mosque – Yeni Cami. The bazaar is often referred to as the “Egyptian Market” due to the fact that spices used to come to the market from India and Southeast Asia via Egypt. You will stop for a spice tasting session in a Spice shop that has been there since 5 generations.

Take a ferry ride to the other side of the river that separates the European and Asian parts of Istanbul to explore the famous open-air street market of Kadıkoy. Notice the big difference in atmosphere between the Spice Market and the Kadıkoy which is more in tune with the way most people in Istanbul cook and eat.

Indulge yourself in the huge variety of seasonal fruits and vegetables, with plenty to discover for the “foodie.” Feel the real bazaar shopping experience with the fishmongers, bakers, butchers and grocers singing out to attract you to their stall. Take your time and explore the many pastry shops, Turkish delight and deli stores and the aromatic spice stands. There is plenty to see and buy, with information and recommendations available.

Lunch will be at reknown Ciya Restaurant where you will taste best samples of Anatolian Cuisine. After lunch we will head to the airport for our flight to Gaziantep.

Dinner will be home cooked  at a local Gaziantep home.

Gaziantep has been home to some of the oldest civilizations in the world. Owing to this heritage and the wide variety of food stuffs available due to its geographical position, the region has developed a unique cuisine with lts own distinctive flavours and becoming a top destination for foodies.

The city of Gaziantep  is best known for its highly developed industrial areas and pistachio nuts as well as baklava.

We will visit a traditional baklava producer and learn more about Baklava.

We will then visit the Zeugma Mosaic Museum, the world’s largest mosaic museum complex displaying the most important mosaics from the ancient site Zeugma (Belkis).

Lunch at a reknown kebab restaurant.

The city of Gaziantep is best known for its pistachio nuts as well as baklava. After lunch we will visit a traditional baklava producer and learn more about Baklava.

Last today you will visit the Emine Gogus Culinary Museum a historical stone house built in 1904, and has been restored into a museum. The museum has displays of kitchen equipment and table arrangements.

Dinner at one of the main landmarks in Gaziantep, a restaurant serving traditional meals  since 130 years.

Today you will walk down the Bey neighborhood which has the city’s most striking nostalgic value, with its narrow streets and houses with bay windows. The Bey neighborhood is the place where perfect examples of stonemasonry of Gaziantep are displayed.

Lunch at a restaurant where you will also taste a Gaziantep classic “Beyran” soup and lahmacun.

After lunch you will walk through the local bazaar to explore artisan workshops such as coppersmiths, spice shops and other tradesmen making furniture with inlaid mother of pearl.

Rest of the day at leisure.

After breakfast we will drive towards the Euphrates river to take a traditional boat to Rumkale.

Rumkale is rumored to be a place where John the Apostle dwelled during the Roman Empire and reproduced the Bible in a room excavated inside a rock. As you cruise you will come to an ancient castle city of now surrounded by water that the dam stopped travelling elsewhere.

After the boat ride you will drive to Harran and see the beehive shaped sun dried mud brick houses mentioned in the book of genesis where Abraham spent the last years of his life.

En route we will stop for harvesting some Pistachio. 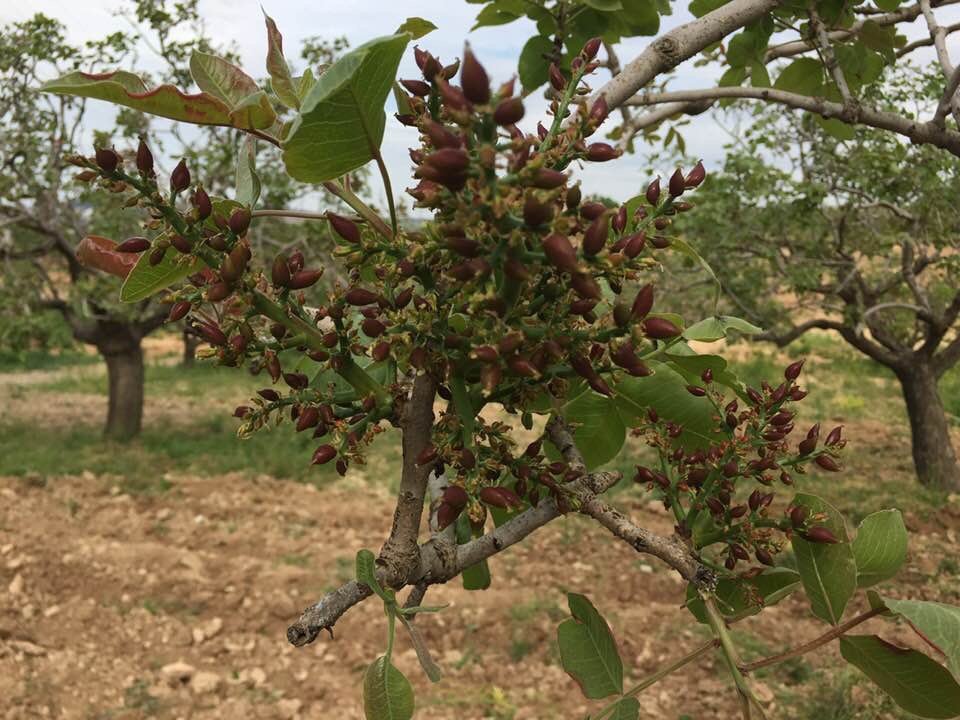 After lunch we will drive to visit Gobeklitepe.

It is currently the oldest known archaeological site with evidence of significant and prolonged construction activity by humans. Evidence suggests that it was some sort of religious/gathering place for people. The site was built about 12,000 years ago, was active for over 3,000 years and then methodically covered up in the 8th millennia BC. Gobeklitepe is a series of mainly circular and oval shaped structures set on the top of a hill and has been interpreted as the oldest human-made place of worship yet discovered.

After visiting Gobeklitepe, we drive to the city centre of Sanlıurfa. Home to the world’s earliest civilizations, Sanliurfa’s cuisine also featuring fantastic origin tales. Cig kofte (raw meatballs, according to legend was invented by Abraham himself from what he had available in the cave where he hid from Nemrut. The dish is also said by some to have been created for Hittite royalty.

Sanliurfa is also known throughout Turkey for its spice, and in particular Urfa biber or Isot pepper, a dried dark red pepper with a smoky, raisin-like taste.

In addition to being used in Sanliurfa’s diverse range of kebabs and lahmacun, the pepper features in sac kavurma, a dish that consists of ground lamb and vegetables fried on a thin iron skillet.

Dinner at a popular Urfa Restaurant.

After breakfast you will visit the New Şanlıurfa Archaeological Museum also housing the oldest temple of the world,Gobeklitepe excavation findings.

Then continue to Abraham’s Cave and the Pools of Holy Carp surrounding it. You will then walk around the oriental covered bazaar and Gümrükhan.

We will then drive to the airport to take flight to Istanbul. 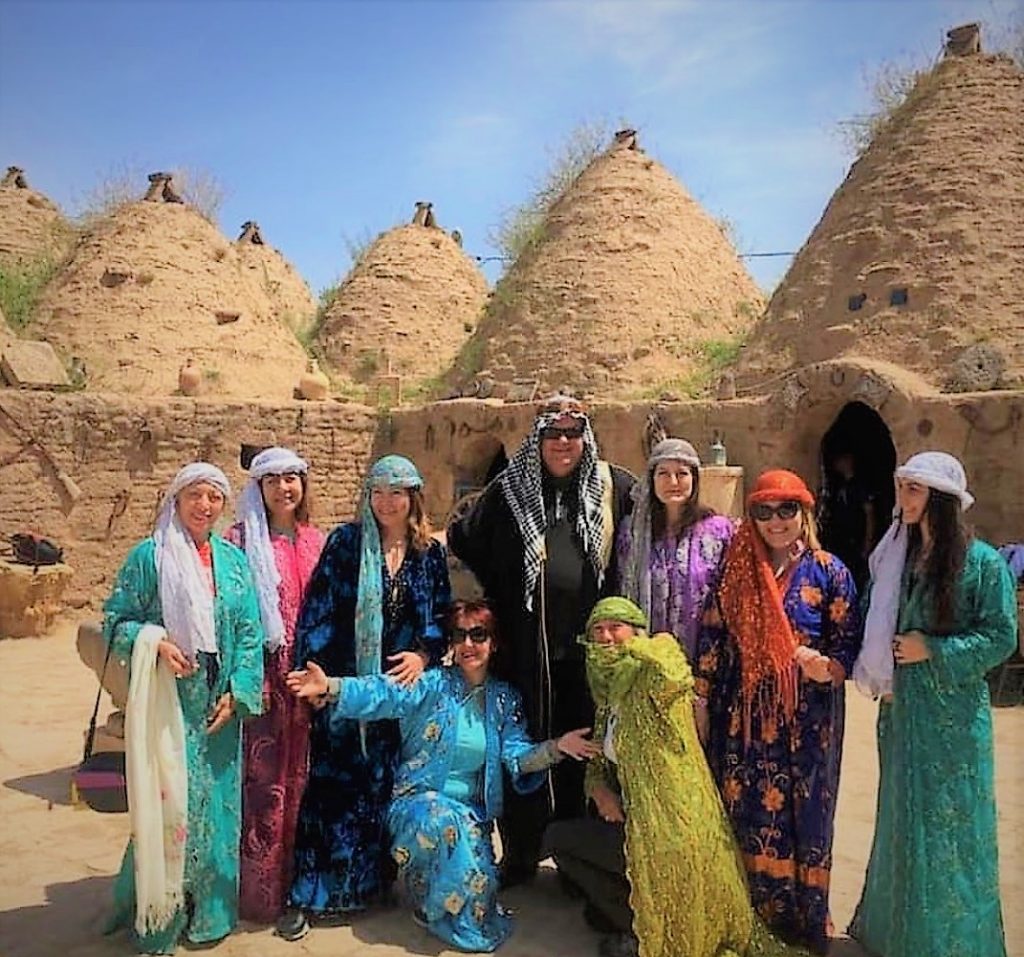 Accommodation on Bed and Breakfast basis at below luxirious  hotels

10 KARAKÖY HOTEL or similar in Istanbul–

Turkish cooking class in a Turkish Home in Istanbul
Licenced professional tour guide in English language
Entrance fees to all museums ,parks, and historic sights as included in the itinerary .
%18 Vat taxes.

PLEASE ASK ABOUT OUR PRE or POST TOURS IF YOU WISH TO ARRIVE EARLIER OR LEAVE LATER TO/FROM ISTANBUL. 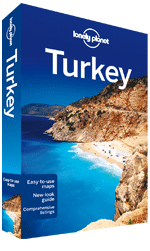 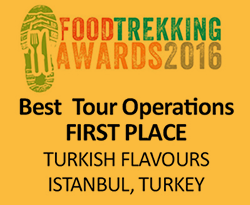